Reviews of Alan Clay's novel, Moontan, on which the screenplay is based.

"This novel, which describes the occupation of the Civic Theatre in Auckland by a collective of artists is simple but well-told. The book is enjoyable, the characters are few but convincingly portrayed, and the city of Auckland and the Civic Theatre 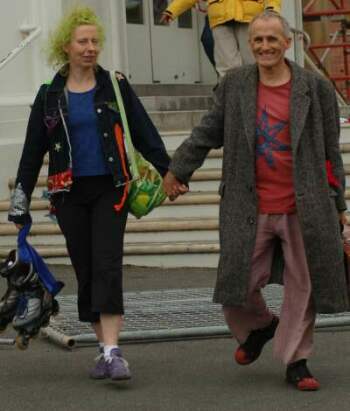 itself are sketched in with a deft touch.

The author was born in 1954 and went to Rangitoto College and Auckland University. He studied clown in Sweden, has taught comedy and improvisation in Sydney and directed Playspace Theatre.

These experiences have obviously contributed to the characterisation of Moontan the clown, his American girl friend Crystal, and her French acrobatics teacher, Jazz. Indeed the strengths of this novel lie in its depiction of the life of a street artist and the exploration of the aspects of people's character and emotions that are visible in their movements.

For example Moontan analyses the way a bouncer projects his aura of authority: "It was the way he was holding his chest and shoulders. he decided, and the lack of' unnecessary movements. Somehow watching a big person move in such a deliberate way was very intimidating."

The style and language of the book are very much the everyday language of its main character, though the story is narrated in the third person, but with the occasional striking image or simile: "He bought a flower and stood poised at the edge of the square. It was alive with people. Like trying to make love in porridge, he thought."

At the start of this story Moontan a profession clown notices a small flower pushing its way up through the litter of a busy Auckland street. He empathises with its struggle. The image is a cliche but it signals a concern with fringe people who struggle to make things happen in an indifferent environment. 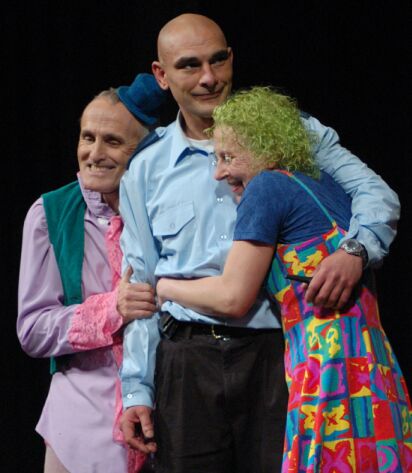 The arts community. united by the politically astute Aroha, occupy Auckland's Civic Theatre for a week in an effort to persuade the City Council to turn it into an arts centre. They face hostile police and gang members in their bid to win public sympathy.

On the streets, performers watch for openings in the crowd to mount their sidewalk shows. Success means enough money for coffee and a place to stay, but there's always the threat of arrest.

The story is told through the eyes of Moontan, who has recently arrived in town with his girlfriend and performance partner, Crystal. The two are quickly drawn into the theatre protest action.

Though the book successfully describes the excitement and fear of protest action. the political theme is not the heart of the story. The work is subtitled A Clown 's Story, and the way in which a performer observes the world and reacts to people is the book's interesting part.

Moontan spends much of his time looking at others and observing their physical reactions. His views of performers working a crowd, of theatre workshops and improvised shows are credible and successfully draw the reader into the world of a clown."

Moontan is available in paperback from the Australian online Bookshop

On this site you can check out the audition and crew call opportunities, recent media coverage, or take a look at our new feature film project based on Dance Sisters, where you can read an outline of the film, or reviews of the novel on which the film is based. You can also check out Artmedia's digital short film, Moontan (pictured) which was released in 2007 - read the synopsis, read scene one of the script, or find information on the cast and production team.